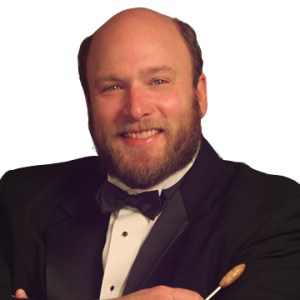 For over 37 years, Mark Adamo has been a music teacher in Washington State. He is
currently the orchestra teacher at Kellogg Middle School and at Shorecrest High School, and has been the conductor of the Debut Symphony since the late 1990’s. His many teaching positions have included elementary, middle school and high school orchestras; middle school and high school concert bands, marching bands, and jazz bands; middle school and high school choir; collegiate marching band; and competitive junior drum and bugle corps. He has provided instructional services for the Port Townsend, Northshore, and Shoreline school districts, as well as the Central Washington University Marching Band, the Seattle Cascades Drum and Bugle Corps, and the Everett Youth Symphony Orchestras. Mr. Adamo is much sought after as a guest conductor, clinician, and adjudicator throughout Washington State. In addition to his teaching duties, Mark has served two terms on the Washington Music Educators Association (WMEA) Board of Directors. Mr. Adamo was named Outstanding Music Educator in both the North Olympic and Sno-King Educators’ Associations and was inducted into the WMEA Hall
of Fame in February of 2018. In 2018, Mr. Adamo was recognized by Central
Washington University as an Honored Alumnus in the College of the Arts &amp; Humanities: Music Department. He is the drummer for the North Sound Jazz Band and lives with his wife, Kate Labiak and his two rambunctious cats.

Mark is the conductor of the Debut Symphony Orchestra.