Read below for conductor bios and program notes for the three orchestras joining our performance this afternoon.

Additional Notes on the Program

Ludwig van Beethoven (1770-1827) is considered the master of the symphony, developing musical practices which would become hallmark characteristics of the Romantic era. Beethoven’s 9th Symphony, his last, was composed at a time when Beethoven’s loss of hearing was near total, and is canonized as a major accomplishment for this fact alone.

The “Ode to Joy” is a massive statement of the human spirit. The original setting included full orchestra, full chorus, and soloists—a grand opportunity for musicians, artists, and humans to come together and celebrate all our collective strength. John Caponegro’s arrangement for string orchestra captures all that excitement, and leverages the uncomplicated, inspiring, iconic melodies for young musicians to play and appreciate.

John Caponegro (1935-2019) was an American composer and educator who worked for more than forty years as a band and orchestra teacher at the elementary level. He composed more than 100 elementary-level works, and has helped countless young musicians develop their individual passions for music.

In “Canyon Sunset,” listen to the sentimental melody paired on top of a driving motive in the lower strings. Marked moments when the orchestra plays in unison have a proud, grand sound, as grand as the canyon and the beautiful sunset which inspired Caponegro’s composition.

Rob Grice is a living educator and composer whose background is in elementary, secondary, and collegiate-level music education. His works are frequently performed across the world as pedagogical staples for young musicians’ development.

Behold—the Dragon Slayer! Grice’s composition channels the modal melodies of the Medieval era. It enters battle with two melodies: both a march-like theme and a middle section that is more lyrical in sound. The drama will surely inspire you to go out and conquer whatever dragons you may have to face in the world.

Wolfgang Amadeus Mozart (1756-1791) was a composer whose bold, theatrical music earned him widespread fame throughout Europe. Mozart is remembered equally for his operas, symphonies, keyboard, and chamber works. Mozart managed to compose a massive number of symphonies over the course of his career, many of which remain staples in the repertoire.

Symphony No. 12 in G Major clearly conveys the confidence Mozart was developing at this point in his career. The work as a whole introduced bold new ideas to the symphony: uneven phrasing, large fanfares across the orchestra, and sharing prominent melodies with the flutes and oboes. The first movement being performed today was the longest movement in a symphony Mozart had composed so far.

Johann Sebastian Bach (1685-1750) is a composer who, like many in history, became quite famous years after his passing. A composer of choral, string, organ, and keyboard music, Bach is most well remembered today for his instrumental works—particularly his cello suites and his Brandenburg Concertos.

Brandenburg Sinfonia is a reworking of Bach’s Brandenburg Concerto No. 3, originally composed for strings and harpsichord. Merle J. Isaac’s arrangement captures all the great colors and expression of Bach’s music, and shares it with the full symphonic orchestra. Listen for the iconic opening melody, and appreciate how it evolves and changes with new layers and instrumentation.

Elliot del Borgo (1938-2013) was an American composer and educator whose total number of compositions exceeded 600. Over the course of his career, having taught from the elementary level through the collegiate level, del Borgo influenced the musical minds of countless students.

Essay for Orchestra is a bold and dramatic work which gives many voices across the orchestra the opportunity to stand in the spotlight. Listen for del Borgo’s rich use of percussion throughout the piece, perhaps one of the most typically “contemporary” sounds about this work.

Jean Sibelius was a Finnish composer trained to be a violinist, eventually setting down the bow in favor of the pen, claiming he started studies too late to become renowned as a performer. In hindsight, he made a wise move: today, Sibelius’s symphonies—and especially his works for violin—are staples in the symphonic canon, and he is remembered in Finland as one of their greatest composers.

The Karelia Suite is a musical tableau depicting a series of historical scenes taking place in Karelia, a region in Finland. Dating as far back as 1293, the chosen events depict external powers attempting to manipulate and take over Finnish culture. Premiered in 1893, the Karelia Suite was Sibelius’s clear political statement against the Russian government’s “Russification” of Finland during the 19th and early 20th century. To his brother of the work’s premiere, Sibelius wrote “You couldn’t hear a single note of the music — everyone was on their feet cheering and clapping.” Sibelius later burnt the score in his old age, and the versions which circulate in scores today are built from orchestral parts from the work’s moving premiere.

In three movements, the Karelia Suite captures both a history of oppression and the Finnish people’s resistance against it. The first movement, strangely titled “Intermezzo,” depicts the Lithuanian empire’s control of the region in the late 13th century. The rallying cry of the Finnish people is heard in a musical motive passed between the horns and the trumpets, building into a forceful march in the orchestra which mysteriously and quickly fades into uncertainty. The second movement, the “Ballade” is based on Karelian folk song and dance. The final movement, “Alla Marcia,” is again a march, but this time a more confident and assured one, ending with expressive flourishes in the orchestra.

Georges Bizet (1838-1875) was a French composer of the Romantic era, who, in perhaps the most stereotypically “Romantic” way, earned widespread fame and notoriety after his death. A talented pianist, Bizet received an exceptional musical education at the Paris Conservatory. Bizet also excelled at composition in his studies, winning the prestigious Prix de Rome in 1857. After his time at the Conservatory, Bizet struggled to make an impact in the bloated musical landscape of 19th-century Europe; Bizet primarily made his living arranging the music of other composers, working in their shadows.

Carmen was Bizet’s final composition. The opera’s premiere was delayed due to fears its controversial themes would offend audiences. Its unsavory atmosphere bothered performers, too: orchestra musicians determined many of the parts unplayable; chorus actors were dismayed they had to stand on stage acting as individuals, smoking cigarettes and inserting themselves in the work’s lewd world. Press reviews were mostly negative, citing Carmen as an ill-fitted heroine unworthy of audience sympathy. Bizet was ultimately convinced the work was a failure. He died of a heart attack three months after the opera’s premiere. This Carmen Suite was compiled posthumously by Bizet’s friend Ernest Guiard. It takes musical highlights from across the opera and sets them to full orchestral expression.

It is difficult today to understand this music as being received poorly, as many of these melodies—especially the silky Habanera and the explosive Chanson du Toreador—are earworms of a pop-star variety. Carmen’s influence is undeniable: it remains to this day one of the most-performed works in the operatic repertoire, delighting modern audiences with its bold themes and characters—both in the music and on the stage.

Felix Mendelssohn (1809-1847) was a child prodigy composer. Born into wealth, and benefiting from a musically talented family, Mendelssohn studied and composed rigorously, completing works in his youth that rivaled compositions from the greats of his time.

Mendelssohn composed his fourth symphony, the “Italian Symphony,” at age 24. His immense talent weighed equally against his immense stubbornness: the symphony was never published in his lifetime as he was never satisfied with it. The symphony is composed in a Classical style, much closer thematically to Haydn and Mozart than to the Romantic composers Mendelssohn is credited as influencing.

The fourth movement is characteristically Italian—it is composed in the style of the saltarello, a spritely Roman or Neapolitan folk-style dance. Listen to the dexterous movement across the orchestra, how it evolves with new instrumentation and melodies layered on top, and it is clear why Mendelssohn’s compositional talent was considered prodigious. 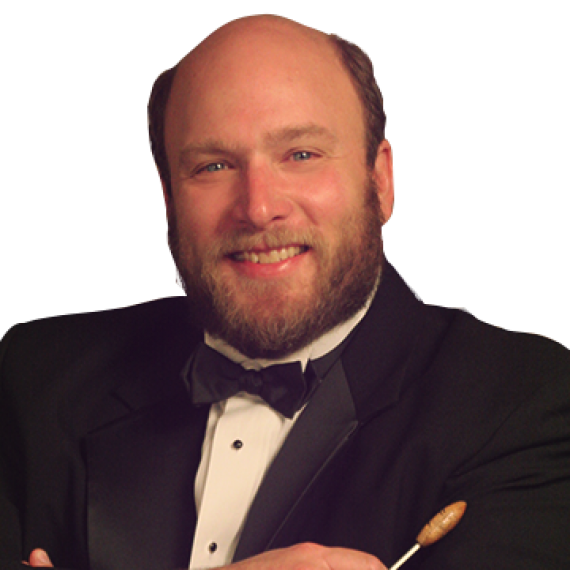 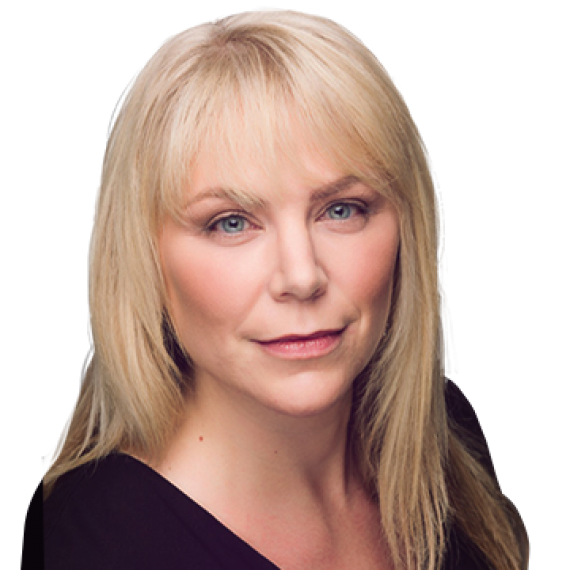 Symphonette Orchestra Conductor
Kate Labiak has a long-standing history with the Seattle Youth Symphony Orchestras — she has served as the Symphonette...Read More 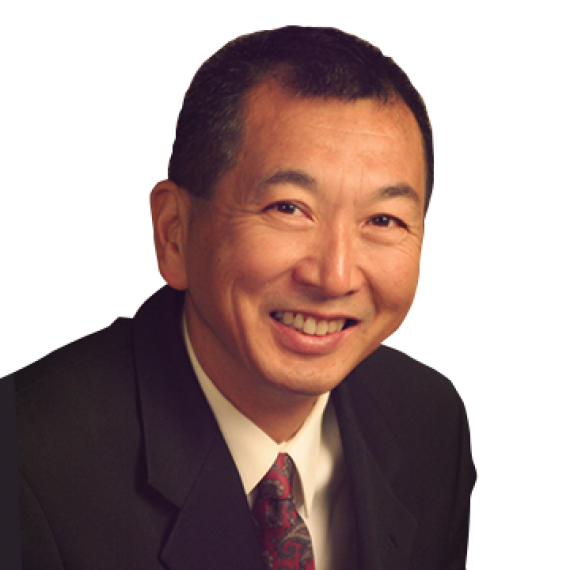 Junior Symphony Orchestra Conductor
Marcus Tsutakawa has been a music teacher in the Seattle Public Schools since 1979. He became the Director of the Garfie...Read More