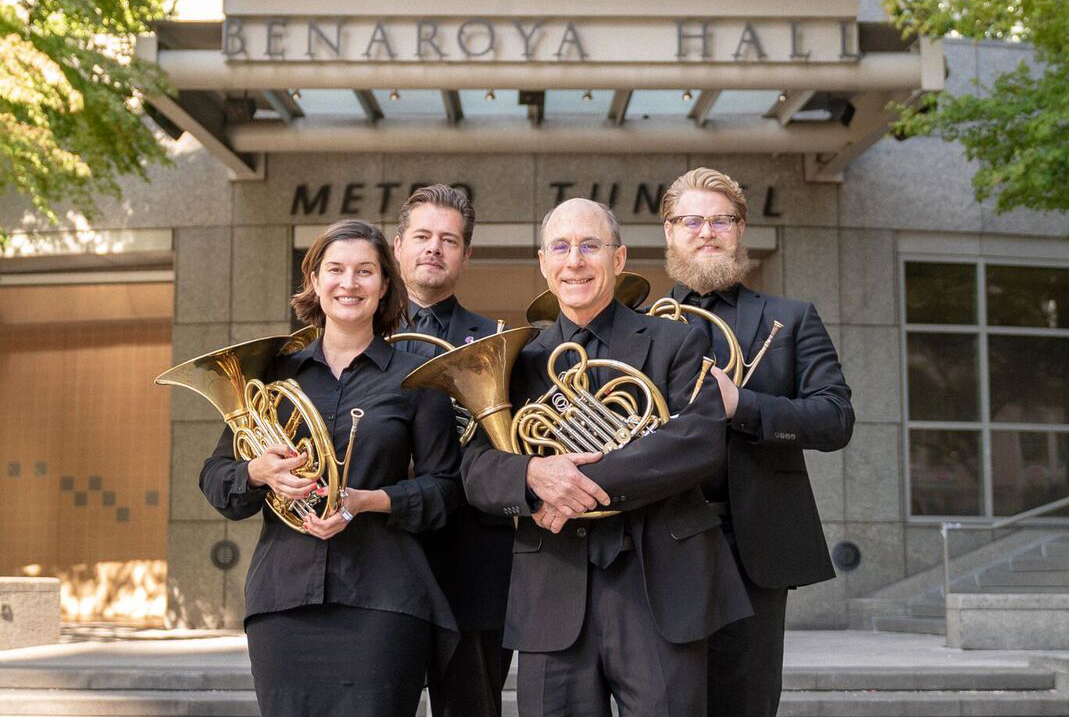 On March 10, the Horn section of the internationally-acclaimed Seattle Symphony will join our flagship youth orchestra to perform at Benaroya Hall.

This quartet of horns has strong ties to SYSO, in fact: the group includes SYSO alumni Jon Karschney and Danielle Kuhlmann, along with SYSO coach Mark Robbins.

SYSO is honored to have Seattle Symphony Horns join us for our 75th Anniversary Season!

(And for something fun, check out their rendition of the Final Fantasy VII theme)

About the March 10 Concert:

In addition to our special guest artists, we will be joined on March 10 by a guest conductor: Associate Seattle Symphony conductor Pablo Rus Broseta.

SYSO will accompany the SSO horns in Schumann’s Concert Piece for Four Horns and Orchestra. Also on the program is Ravel’s Rapsodie Espagnole and Mahler’s monumental Symphony No. 1.

Although Mahler’s First Symphony has a troubled history, with a widely negative response at the premiere, it has gone on to become one of Mahler’s most widely-performed works as it pushes the orchestra to the limit from its large and soaring melodies to a somber funeral march that utilizes a dark and distorted version of “Frère Jacques.”